The urban design case of semester A of 2019-20 was focused on the Tramstraat-district in Eindhoven, with the ultimate goal to find the right solution for this highly diffuse and ragged urban space. This critical urban design project discussed the mor­phological impact of Eindhoven’s current strategic urban planning, where the ur­ban fringe belt is considered at risk by densification projects.

In conclusion of the position paper, I advocate a shift of vision by the municipality of Eindhoven from stressing the functional city planning approach to a cultural-historical urban value approach. The urban planning should get a grip on the ‘manual’ of the specific urban landscape first to maintain the cultural-historical value of the urban fabric. This turns out to designing the city with specified typology and morphological structures and insert functions after. It also means re­specting the contributions that buildings and parts of the city make to the image of the city from different times.

A masterplan is developed deriving from this position on this district. The big ques­tion was how to transform such a diffuse urban space into a clear organized urban space on meso and micro-scale without losing identity and character. Aiming for an objective solution within the cultural-historical landscape, by finding a compromise between current different (political) ideol­ogies. The plan is solving the front-back problem of building(block)s by adding new buildings and remove the industrial hall. In this way, it is possible to make this place attractive instead of being the alley of the city.

The cultural-historical value immediately provides a clear guideline for the parceling of land and morphology namely to preserve as much as possible. In this way, the central plot preserves as much as possible of its former size and existing proportions have been retained.

Determined building heights are mainly derived from existing building structures. In the end to make the Tramstraat-district one entity, fitting the high urban density at the Vestdijk, but also the town like density at the Tramstraat. Due to the size of the plot, the right proportions of the central residential building have been. This has resulted in a building that gradually increases in height and reaches a maximum height of the surrounding high-rise.

The central residential block is has a clear function in the urban plan, namely to mediate between the city at the front and the village-like surrounding at the back. This immediately provides a framework for the facades and program of the floorplan. The front facade interacts with the square with the use of the industrial materials and the back elevation will merge itself with the garden and surrounding living area by natural materials.

All in all, I hope to have found a solution to the case of the tramstraat-quarter by respecting the cultural-historical landscape value of the area and by using the residential block to find a typological solution as a healing medium in a diffuse urban space. 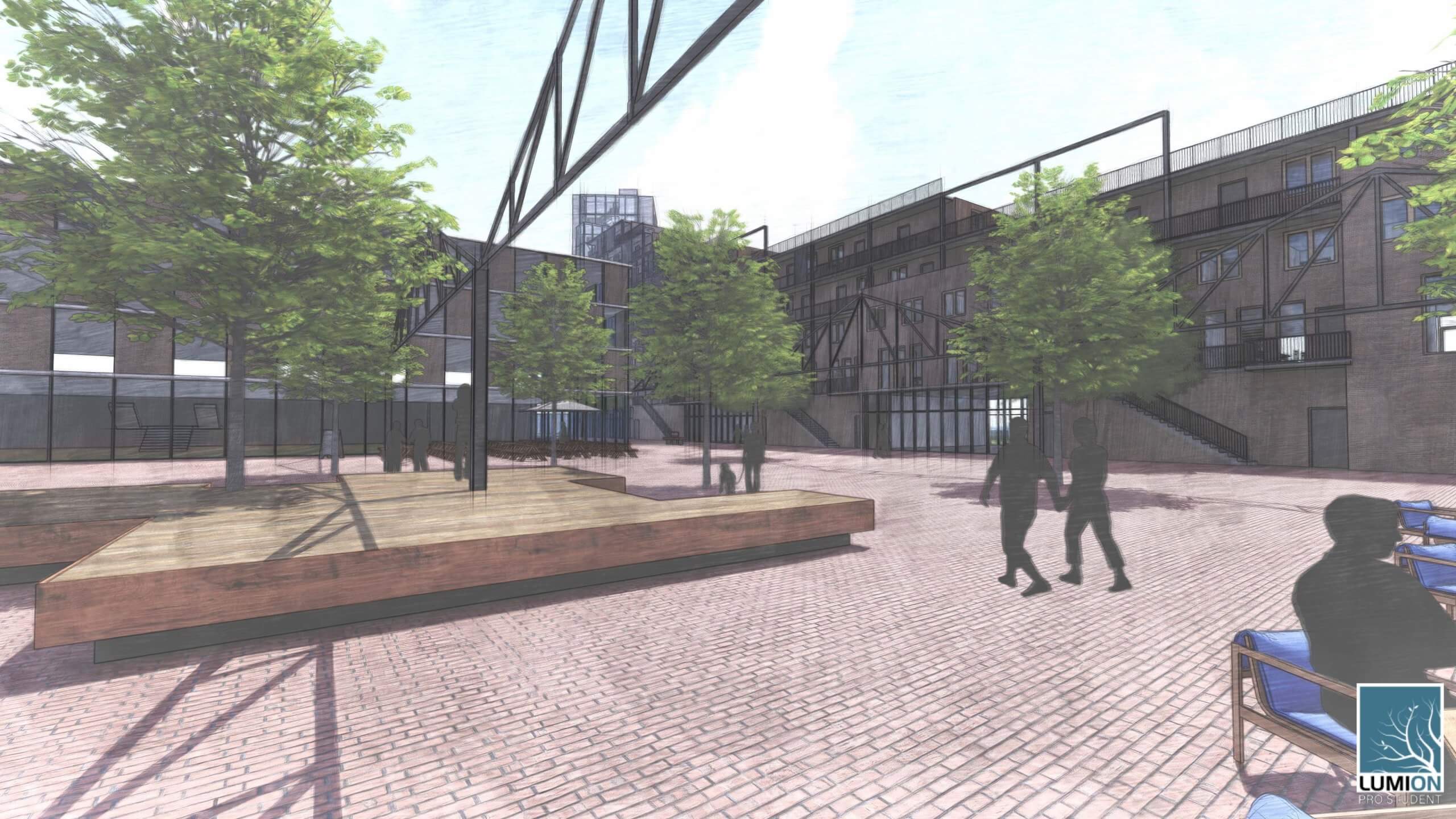 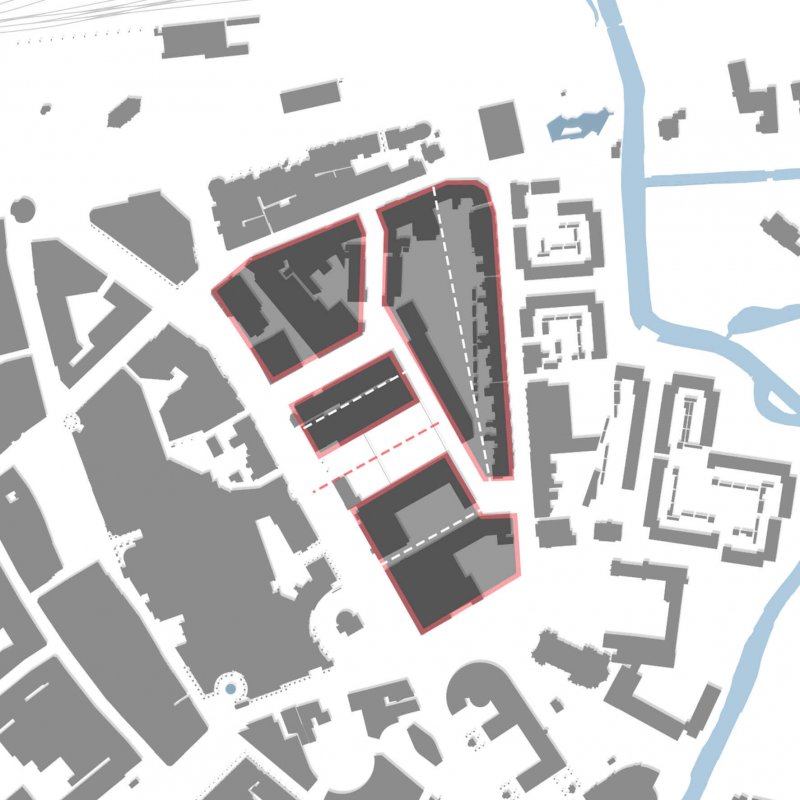 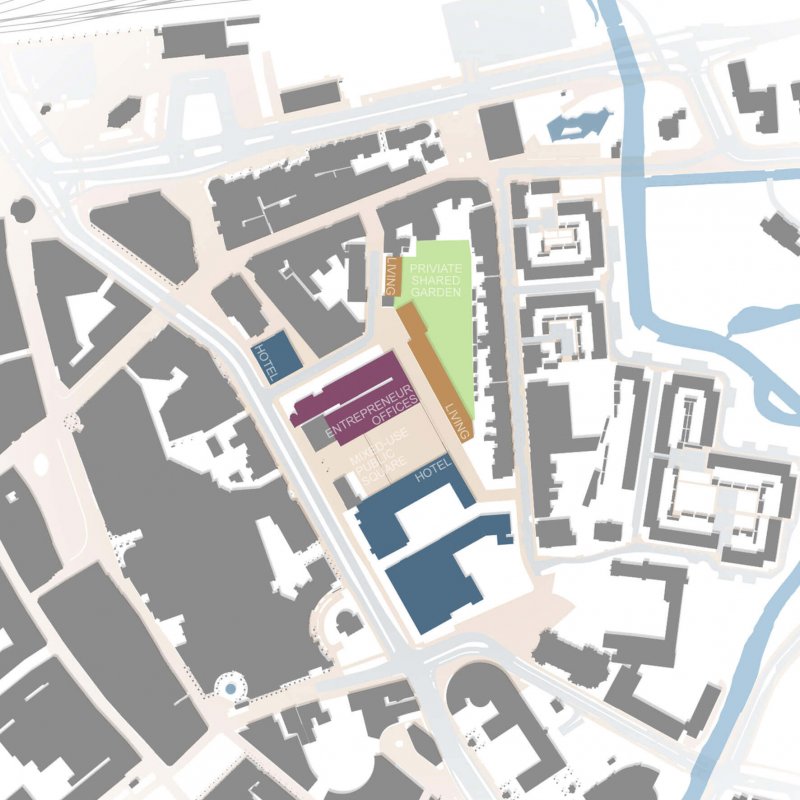 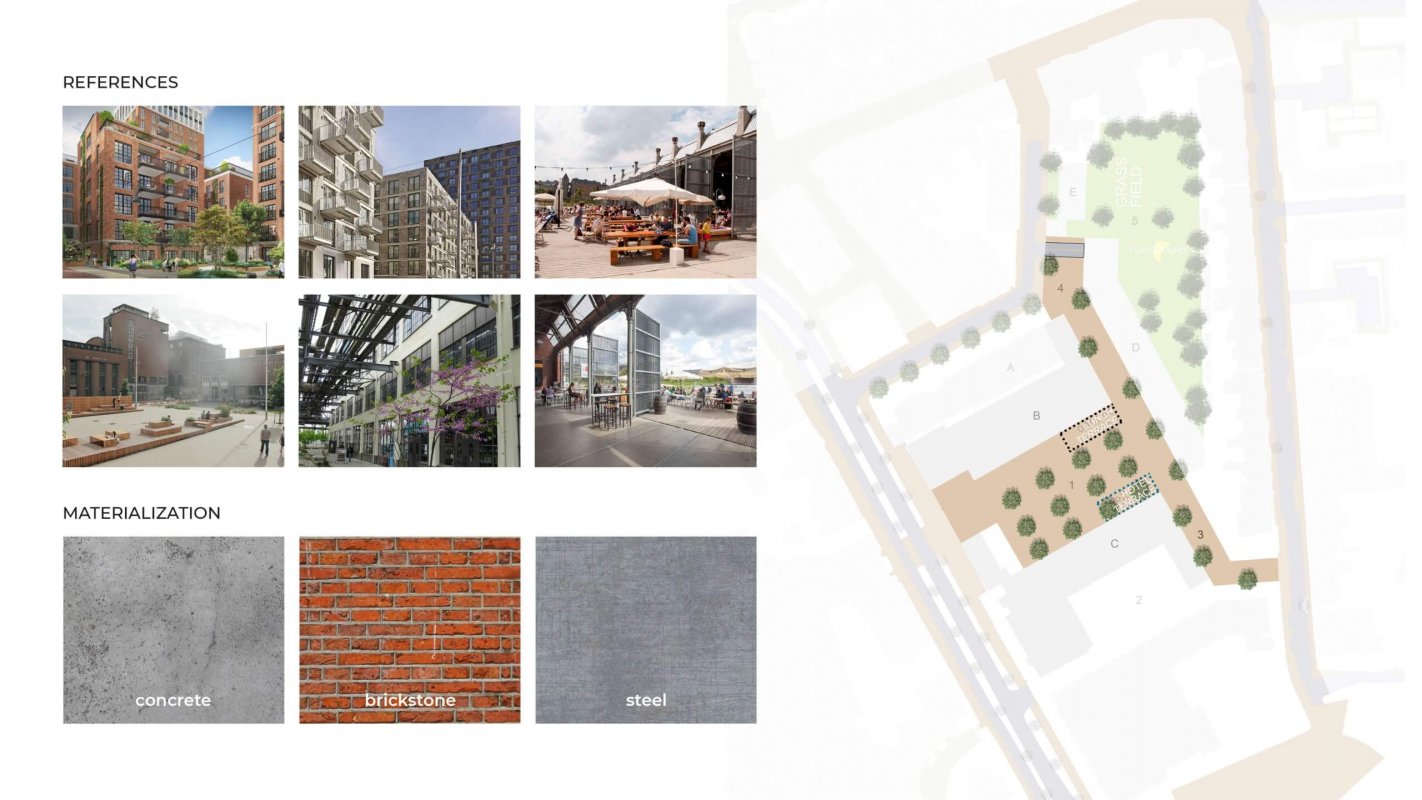 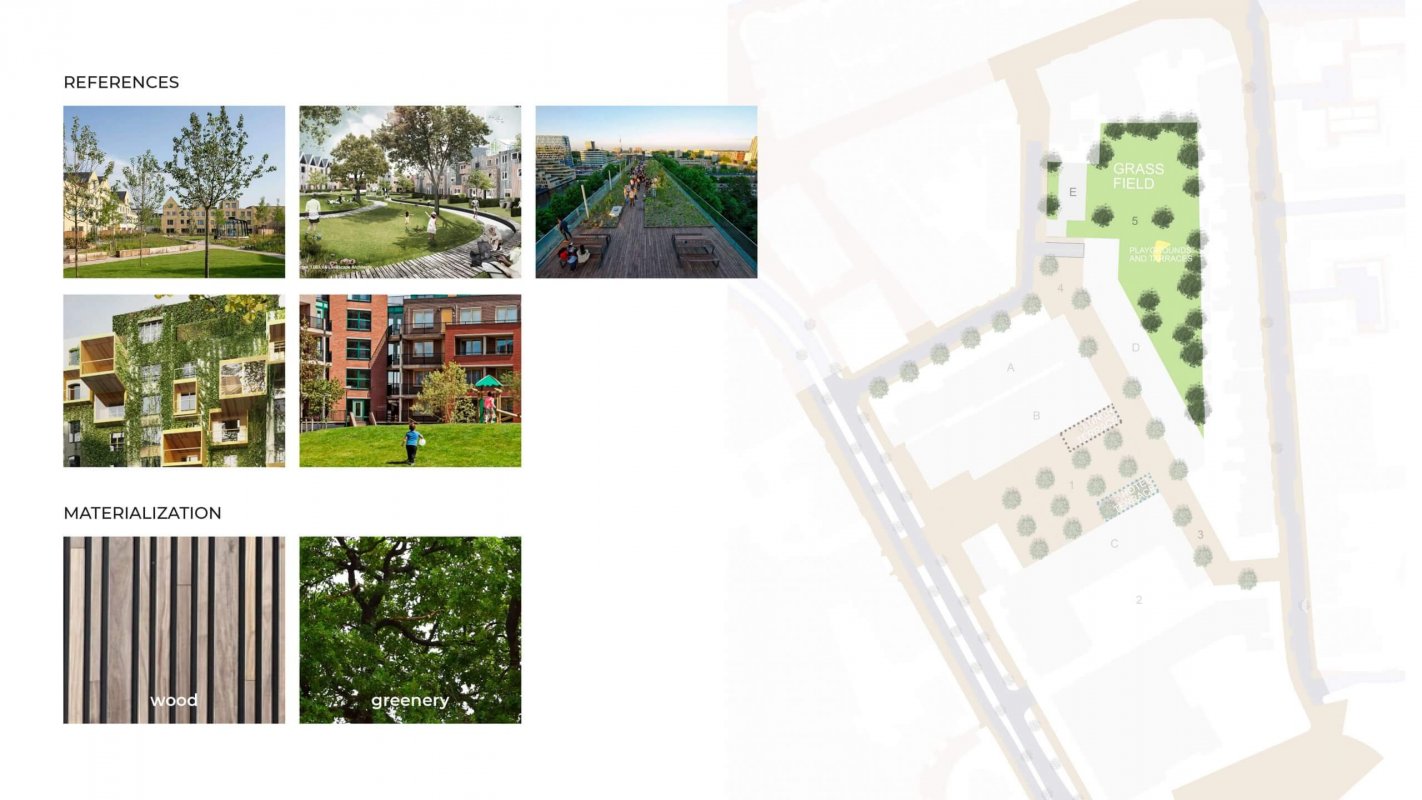 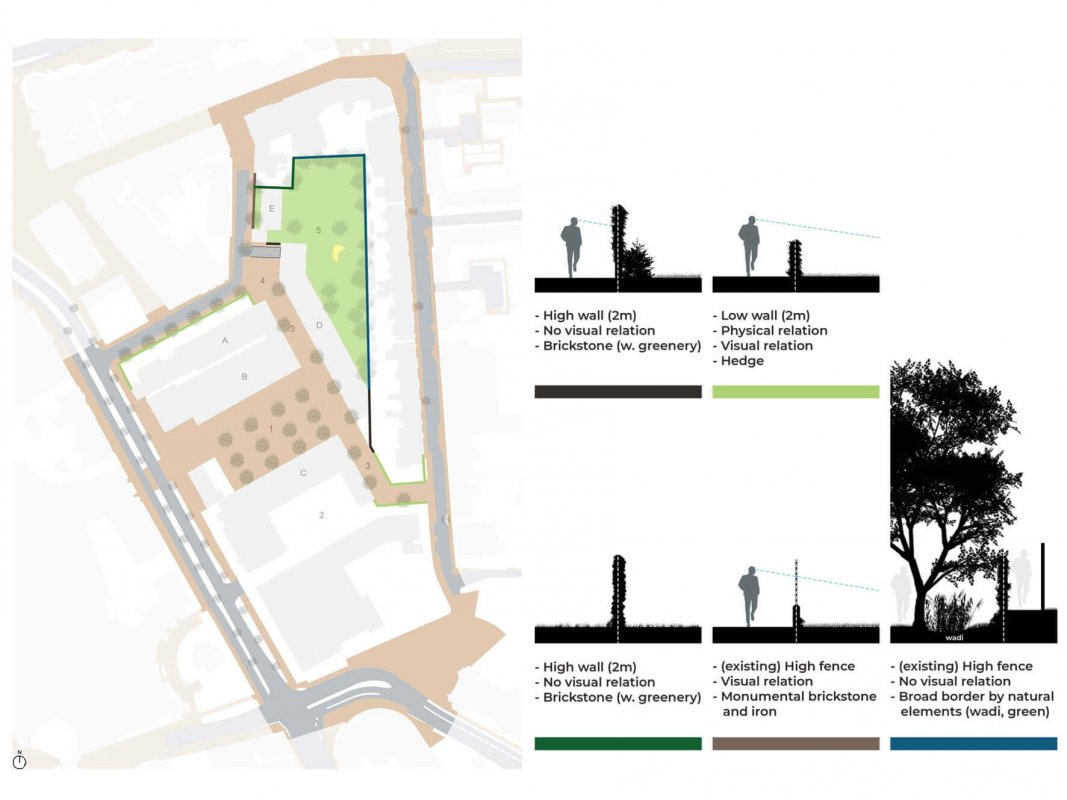 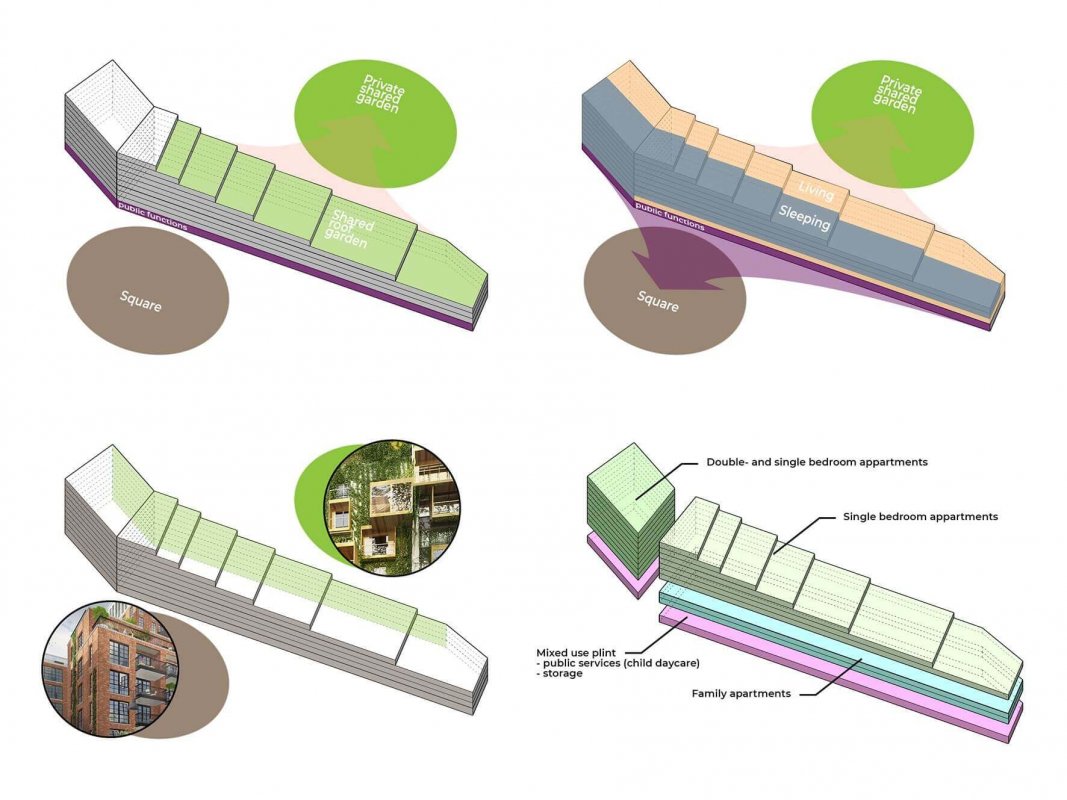 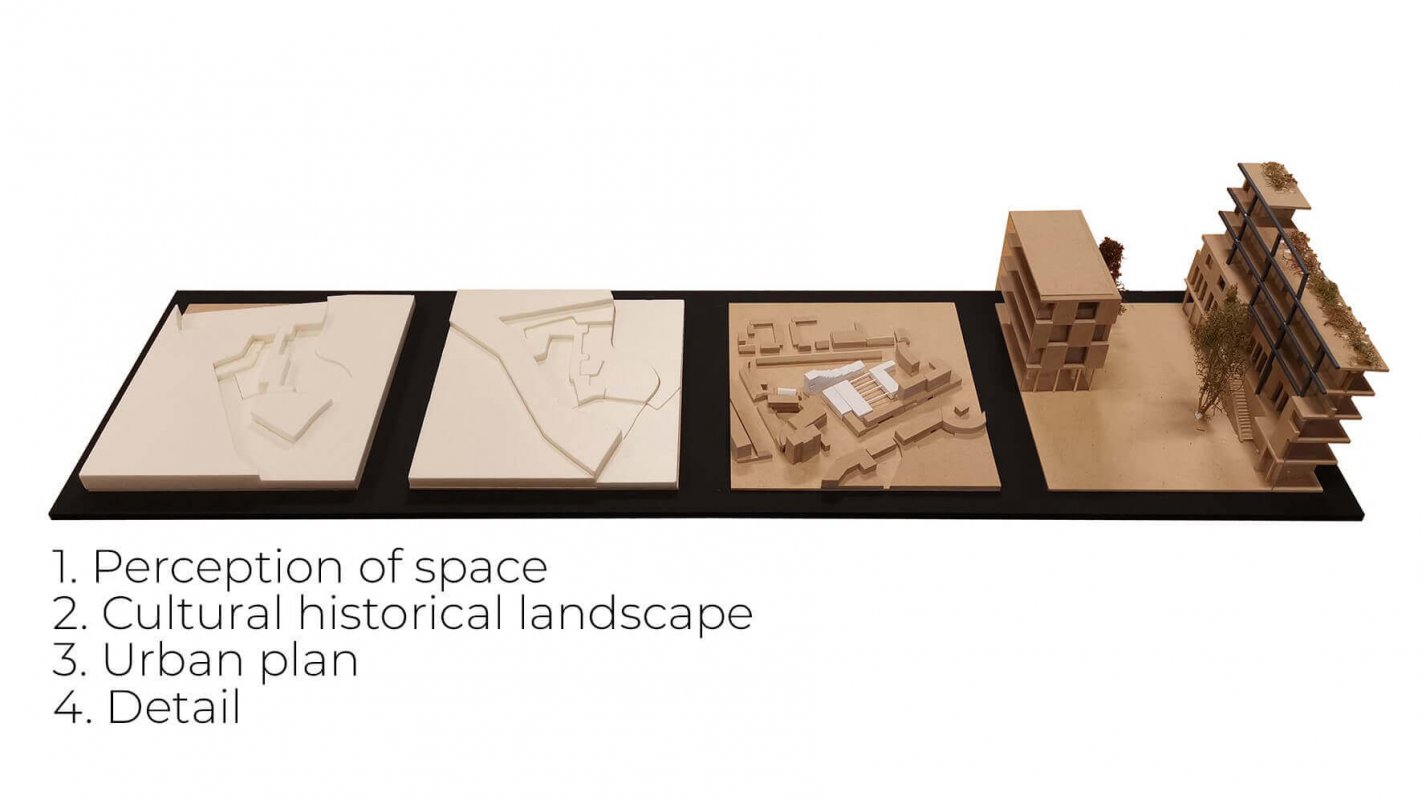